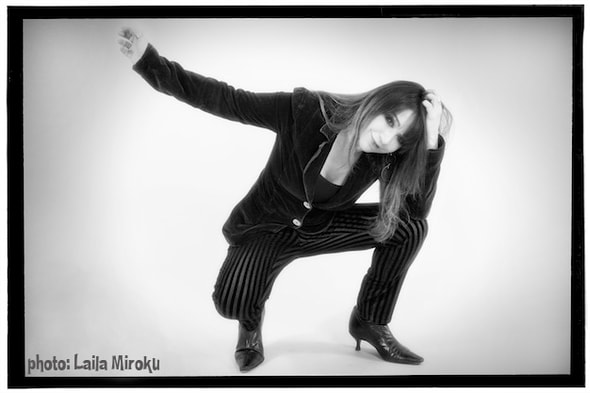 MUSIC
Dina Regine chuckles as she refers to herself as a 'creative juggler', but it's a totally spot on description of how she lives her life. She has had major publishing deals with Sony Music, & Warner Brothers in the US and Europe, and has co-written songs for several major label releases.  Her first professional recording was with Jimmy Cliff on his live album 'In Concert; Best of Jimmy Cliff Live'.  Her first professional audition was for Bruce Springsteen's 'Born To Run' tour. The Boss told her she should be fronting her own band, and she listened!  Getting to jam with the E Street Band in Asbury Park was a rare lesson for a very young Dina, to always keep the bar high with the musicians she choose to play with.  As an independent solo artist, Regine released two self produced albums and a Christmas single 'Forever Christmas Eve'. Regine’s song  ‘Beautiful’ off her first album ‘Be As It Will’ won in the category ‘Best Folk Song' in the international 'SONG OF THE YEAR' competition.  Her third and most recent album, the vintage flavored ‘Right On, Alright’ that she co-produced with Nik Chinboukas was critically acclaimed, and has garnered her ‘Coolest Song In The World’ with the song ‘Gotta Tell You’ on Steven Van Zandt’s Underground Garage on Sirius XM Radio (where she has several songs on rotation). Since it’s release, the song has also received worldwide airplay, as well as having been featured in the acclaimed television series Lilyhammer. 'Can't Find You Anywhere' and 'Nothing Here' from the same album were both featured in the movie Black Widows.  Regine recently recorded a gorgeous duet with Cody Melville on his album 'Bonds Eye' in 2017, as well as on the album '21st Century World' by hit songwriter Bruce Sudano (Donna Summer, Michael Jackson, Brooklyn Dreams). She will also be featured on Sudano's forthcoming album due out late 2018. Dina Regine is currently in pre-production for her new record 'Astoria', and can be seen performing live,  both solo/acoustic, and with her all-star band.  Regine also took her storytelling to a new level as part of the group show 'The Curly Monologues' in the fall of 2017 at the theater at the 14th Street Y. Dina is now sharing all her musical knowledge with one on one workshops for songwriting, guitar, and performance, teaching students to let their talents blossom.

PHOTOGRAPHY
Dina Regine is also a published photographer, and has photographed some of the biggest artists ever to grace the music scene. Her non-music photographic work has been shown in several gallery shows, and she also has pieces in the Metropolitan Museum of Art’s education collection, and the New York Transit Museum. Regine has also photographed many album covers over the years. In 2018, members of Led Zeppelin chose one of her photographs for their first ever official book 'Led Zeppelin by Led Zeppelin'. She is currently working on a photography book with a compilation of her work as a teenager taking photos at concerts.

DJ
As a DJ, Regine has spun most of the major clubs in Manhattan, including Webster Hall, Limelight, Lot 61, China Club, Heartbreak, Marquee and Avenue. She has been an event DJ, and Wedding DJ for some of the biggest names in the entertainment, fashion, and art world.  Regine has DJ-ed such prominent events as the debut ‘First Friday’ series at the Guggenheim Museum, Nike’s closing party at the Olympics in LA, Saturday Night Live's star studded 25th Anniversary at the Rainbow Room, Keith Richards surprise Birthday, Cher’s Halloween Costume Gala and Perfume Launch, several Bruce Willis events,  teaming up with DJ Tom Finn to curate the evening for Anna Wintour's Breast Cancer Fundraiser Gala with Elton John at Cipriani 42nd Street, and sharing the bill with the Dalai Lama and Tom Waits with the Kronos Quartet at Lincoln Center for Richard Gere’s ‘Healing The Divide’.  Regine recently went to North Carolina to DJ the Mint Auxilary Museum's Black and White Ball to rave reviews "She turned a black tie into a house party!" Jordant Robinson.  She is on the 'preferred DJ' list at many venues in Manhattan, including The Metropolitan Museum of Art, and The Museum of Natural History, as well as in New York Magazine's choices in their NY Weddings edition.